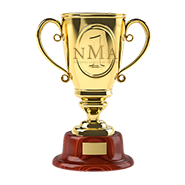 An “Award” means any and/or all of the Awards listed here along with their associated criteria. The “Hosts” means the boards of the Civil Mediation Council, Family Mediation Council and College of Mediators and their designated organising committee. The “Judges” means the judges selected by the Hosts to form a panel to judge the nominations on merit.

1. A person or organisation may nominate themselves for an Award or they may be nominated by a third-party.

2. All entries must be submitted using the National Mediation Awards 2022 Nomination Form.

3. Entry is open to entrants who fulfill the criteria for an Award as set out in the Awards criteria page.

4. Entrants may be entered under multiple categories provided they can submit evidence to satisfy the criteria of each Award.

5. Entrants (self-nominees or individuals nominated by a third party) must be a member in good-standing of either the Civil Mediation Council or College of Mediators or be registered and accredited by the Family Mediation Council at the date of entry, as appropriate for the award in question.

6. Entrants of any of the five awards in the family mediation category must be registered and accredited by the Family Mediation Council. Entrants who do not meet this requirement at the date of entry will be disqualified and will not be considered for an Award.

7. A completed nomination form and any supporting evidence uploaded with the Nomination Form at the time of entry constitutes an “entry”. Each entry will be considered solely on its merits.

9. The Hosts of the National Mediation Awards and/or their agents reserve the right to disclose the details of a party who has made a third-party nomination to the nominated party.

10. All entries must be submitted via the designated online Nomination Form by the deadline of 4pm on Friday 30th September 2022. No other method or means of entry will be accepted. If this route to entry is not accessible, prospective nominees should contact info@nationalmediationawards.com.

11. Entries can be edited up until they are submitted.

12. The Hosts of the Awards will not accept responsibility for entries which are lost or delayed as a result of any equipment, technical, computer, hardware or software failure of any kind on any side.

13. Uploads of digital materials must not exceed 5MB per entry.

14. Once submitted, entries will be forwarded to the Judges for review.

15. The list of Judges comprising the judging panel alongside their credentials can be found here.

16. Neither the Hosts of the Awards nor any person or organisation acting as their agents will accept any responsibility whatsoever for incorrectly submitted information.

17. A nomination may be withdrawn for any reason up until 4pm on 29 September 2022. The entry must be withdrawn via email to info@nationalmediationawards.com.

18. All evidence submitted in an entry which purports to meet the criteria for an Award must relate to mediations or related work carried out in England and/or Wales.

20. No part of an entry, which includes any supporting evidence, will be considered confidential unless clearly identified as “confidential”.

21. Entrants agree that the Hosts of the Awards and/or their agents can use any or all of the information contained in an entry for publicity purposes in both media and for promoting the 2022 Awards and any future awards ceremonies.

22. Entrants must clearly mark on the nomination form (including on any supporting evidence) information that is sensitive and that should not be published. Otherwise, once an entry has been submitted (even if later withdrawn) it is agreed that the Hosts of the Awards and/or their agents have permission to publish any of the information contained in the nomination form or supporting evidence.

23. The Judges’ decisions are final and no correspondence will be entered into regarding the Judges’ decisions, either individually or collectively. No submissions, representations or appeals with regards to any decision will be accepted.

24. The Hosts of the Awards reserve the right not to make an award in any given category.

25. Sponsors, including their employees, servants and/or agents are not permitted to enter any of the specific Awards/categories of Award of which they are sponsoring. If sponsorship is general and not attached to any specific award, this rule does not apply.

26. The individuals who sit on the boards of the Civil Mediation Council, Family Mediation Council (or the boards of their members) and the College of Mediators, either as independent mediators or as representatives of their mediation organisation, have agreed not to self-nominate nor to accept any third-party nomination. The individuals who comprise the committee organising the Awards have likewise so agreed. For the avoidance of doubt, these individuals will not be permitted to enter the Awards, either by self-nomination or through nomination by a third-party.

27. No Judge will be permitted to enter the Awards, either by self-nomination or though nomination by a third party. Any entries received for or on behalf of a Judge will be discounted.

28. The full shortlist will be published across the Awards’ social media channels on Monday 17th October 2022.

29. The winners of each Award will be announced at a ceremony at the Members’ Dining Room of the House of Commons and online on Thursday 8 December 2022.

30. By entering the awards, if shortlisted, entrants agree that a representative from their organisation will be available to attend the Awards’ ceremony in person or via video link.

31. In the event that an entry is shortlisted, entrants agree that any entry details, except personal details, as detailed in the Nomination Form and supporting evidence can be used on any and all National Mediation Awards publicity collateral.

32. No notification will be sent to entrants who are disqualified/discounted and no correspondence will be entered into thereafter relating to the disqualification/discounting and/or the reasons.